You are here: Home / Recipes / baking / Brownies recipe with walnuts 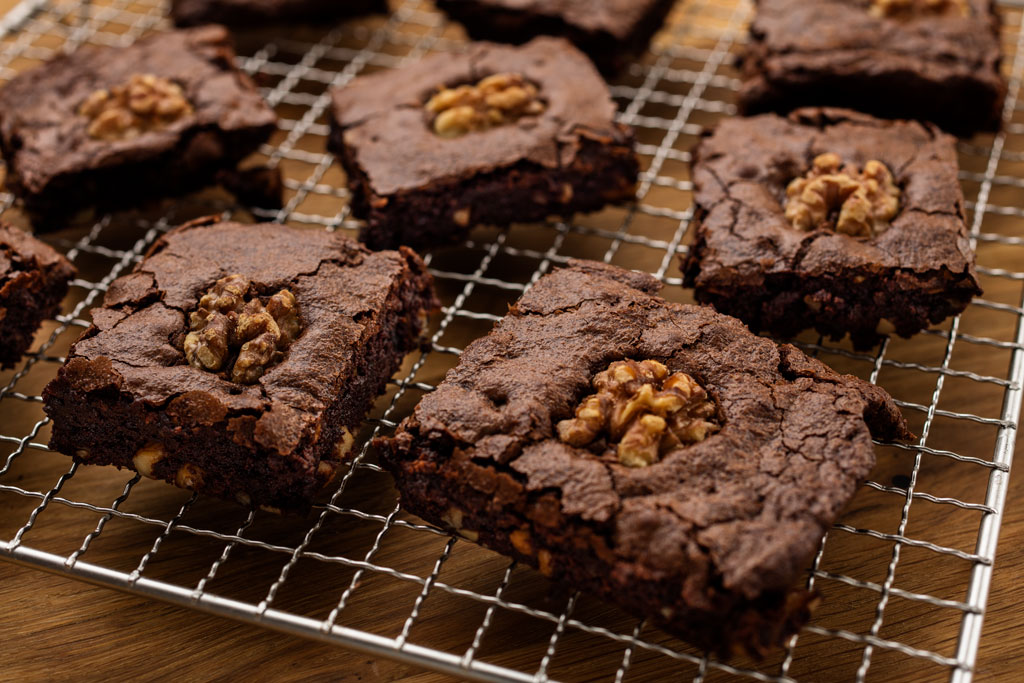 I received this brownies recipe with walnuts several years ago from a very nice Canadian. Unlike the American recipe I know, she uses bitter chocolate and baking cocoa. This provides a very extensive chocolatey aroma. To ensure that the brownie dough does not become too dry when baking, just under two tablespoons of sour cream are added. The dough becomes crispy on the outside and remains juicy inside.

Although I am not a big fan of chocolate cakes, I wanted this pastry very often as a child. After hearing “no” from my mom several times in response to my request, I started to learn baking this recipe all by myself. Since the recipe is quite simple, it has always worked well. There is little you can do wrong. 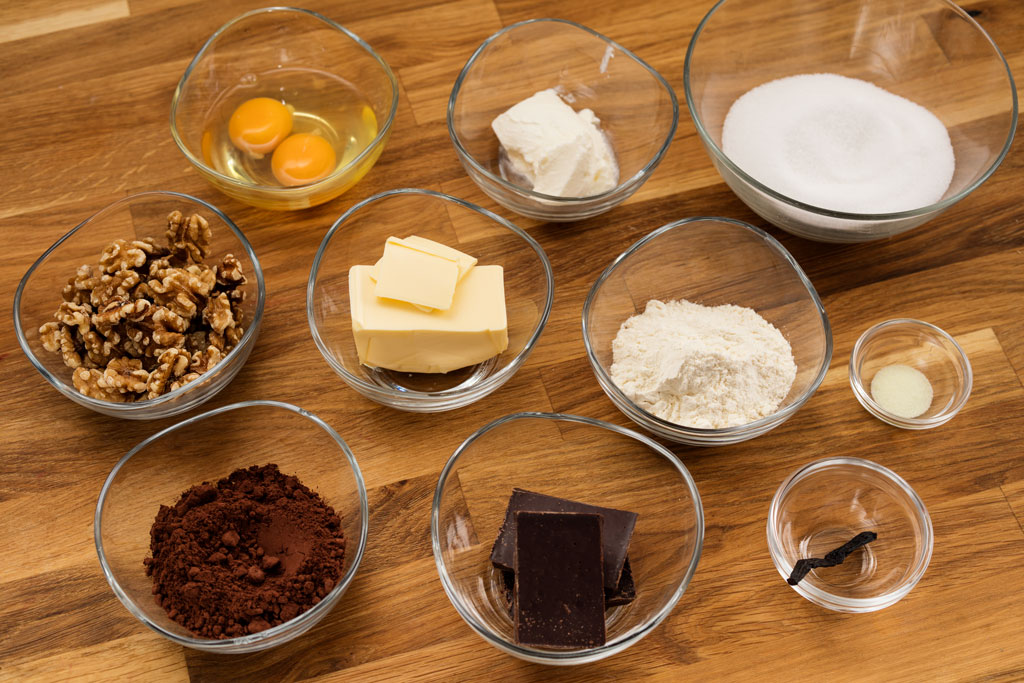 Ingredients for Brownie’s recipe with walnuts.

Only two sticking points have to be observed: the liquid chocolate-butter mixture should not be added too hot to the foamy beaten egg, otherwise there will be chocolate scrambled eggs instead of cakes.

The second is the baking time, if it is chosen too long, the brownies become tough instead of juicy. Therefore, after 25 minutes at the latest, you should test with a wooden stick: simply pierce the dough and pull it out again. When the dough is no longer glued to the wood, the chocolate cakes are baked.